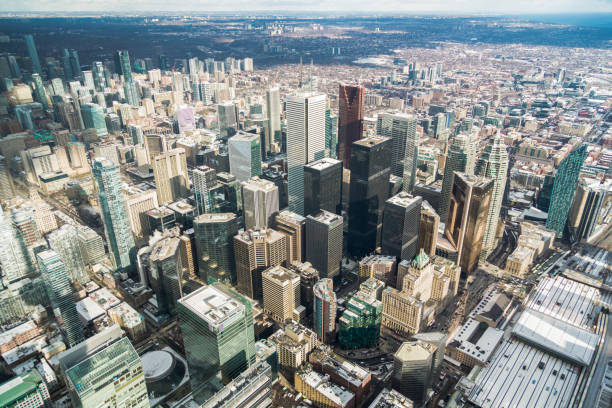 In Canada, Toronto is undoubtedly one of the most developed cities, also, it is known as the biggest and the capital of the province of Ontario. Due to the wide range of the city, the possibility of experiencing crimes and violence in some areas of the city cannot be denied. This is why such neighborhoods are described as the worst in Toronto,

Generally, Toronto is a safe city, nevertheless, the neighborhoods we will be listing below are known to be unsafe as a result of the high number of incidents based on Toronto standards. That being said, most of our discussions will be based on the crime and violence rate in the neighborhood, of course, this is why they are termed worst in the first place.

Unsafe Neighborhoods in Toronto are;

This is situated in the downtown of the city and is known as the most notorious among all Toronto’s projects. The aim of setting up this place was to house poor citizens temporarily but along the line, everything changed, it wasn’t a temporal habitat but a permanent place for poor people.

There is a wide range of challenges facing this park ranging from improper housing to poor education. Nevertheless, plans are presently in place to make it a better place. It is safe to say that the increased crime rate is a result of poverty and scantiness due to impoverished facilities needed for survival.

Situated between Parliament Street and Sherbourne Street, in Canada, this is one of the most populated areas as well as the largest high-rise community across the country. As densely populated as it is, so is the crime rate but lesser when compared to the Regent Park.

It may interest you to know that this city was once in vogue, sadly, it is now one of the poorest, all thanks to the dense population.

In St. James Town, the common crimes that occur there include theft, robbery, and sometimes murder not to mention assault.

Irrespective of the social amenities such as commercial offices, apartments, and single-family homes in Flemingdon Park located in the former city of North York, it still made it to our list of the worst cities in Toronto. Sadly, even the high schools located in this area are notorious for their increased crime and violence rate.

We can attribute this issue to the lack of houses in as much as there are apartments but the space for housing is very little. Secondly, there are no nearby businesses for them to engage themselves in.

In addition to this, poor security is a major issue in this area, therefore you have to be security conscious if you must live here regardless of where you are; home, on the street, or at school.

In terms of violent crime, Moss Park is rated first amongst others especially crimes about properties. Furthermore, it is situated in the South of Dundas Street, and reports show that there is an approximately crime rate of 20.81 per 1000 people.

Recently an independent town (Town of Weston), Weston is situated in the previous city of North York. Talking about the town with numerous streets like King Street, John Street, and Church Street, Weston has apartments and towers and some single-family homes.

Little wonder why the crime rate is on the rise in Weston, it is of course as a result of the numerous streets in the area such that crime rates are classified based on the street or region.

Also known as Bay Cloverhill and one of the downtown Toronto neighborhoods located along Bay Street, the center of downtown thereby making it exorbitant in restaurants, stores, and bars.

Nevertheless, the area still has a noticeable crime rate thereby making it one of the worse Toronto neighborhoods. In fact, according to statistics, this area is known for its high rate of burglary and the various places in the Bay Street Corridor make it have various crime rates.

We have yet another notorious neighborhood in Toronto known as The Beaches located in the East of Queen Street. Just as the name implies, it is basically known as a result of the beach, the single-family homes, and the commercial district.

In addition to this, just like the aforementioned neighborhoods, there is a constant increase in the crime rate of people as well as properties too, which signifies that The Beaches was not left out in this trend.

Interestingly, a lot of rich single-family homes and families reside in the Forest Hill South, and it is a Toronto neighborhood with less crime rate when compared to the other neighborhoods we earlier mentioned. Nevertheless, it comprises various regions that experience various crime rates.

In as much as the crime rate is low compared to other places we earlier mentioned, however, there is a chance of increased crime rate as a result of large homes in the area which will eventually attract robbers because they feel that they can get a big heist when they rob big homes. The only way to mitigate this is to place more priority on security in this area.

You can predict the location from its name, it is situated close to Casa Loma in Toronto.

This area witnessed a crime rate of approximately 5.93 per 1000 people and 29.23 against 1000 properties. For you to be safe in this area, you have to get yourself familiar with how the people in the area function, and if at any time you feel unsafe or after the experience you feel it’s not safe for you episodes of crime and violence-related activities, please move out and find somewhere better.

Annex is located in the same area just like Regent Park which is the downtown of Toronto between Bloor Street and Dupont Street. Interestingly, the area is sited close to the Toronto University campus resulting in having a good number of students residing there. Professionals stay there alongside single-family homes are also there.

As a result of the dense population in the area thereby making it have some levels of crime and violence, the annex is one of Toronto’s worst neighborhoods.

Roncesvalles is located in the East of High Park with Bloor street bordering it to the North, Queen Street to the south, Parkside Drive to the west, and the East are Sorauren Avenue. Roncesvalles has secured a position on the list of the Toronto neighborhood with the highest rate of property crime.

It may interest you to know that crime against people is relatively low. In addition to this, the crime rate is unique to each region in the area. The good news is that there are surveillance cameras in most parts of the area but sadly, not all areas.

In conclusion, you will see that why these areas are known to be notorious is as a result of the crime rates. You should note that this is subject to change for better or for worse at any given time. You can visit the official website of the police to find out more about crimes in Toronto.