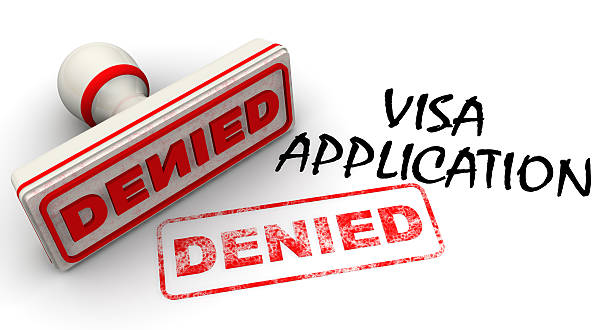 In the United States, there is a clear, detailed as well as distinct visa policy that has been set as the standards of which applications are approved or dismissed. Most of the applicants are invited for an interview after each application is carefully reviewed. Some people consider the standard to be very high and the process, very frustrating and hard especially in cases of visa refusal.

Furthermore, in the US, each visa type has its own requirements and visa application process explained in a comprehensive way. The Immigration & Nationality Act in its wisdom has deemed it fit to map out some sections where they explained in detail the possible reasons why one’s application may be rejected.

What are the common reasons for US visa denials?

Consular officers at United States Embassies and Consulates are the only people that have the right to approve or deny visa application as stated under the United States immigration law section 104(a) of the Immigration and Nationality Act. In cases of visa denial, the consulate of the US irrespective of where the embassy is can show the applicant the section of law based on which his / her application has been rejected.

We have listed and explained below the common reasons why your visa application can be denied and they are as follows:

If your application or supporting documents are incomplete

If your visa is denied under INA section 221(g), it implies that you did not submit a complete application with all the needed information, or that some, if not all supporting documentation were missing. Interestingly, you still have a chance to present the missing documents or information to the embassy before they can make a final decision since your application has not been totally rejected.

Aside from getting informed that your application is incomplete, you will be issued a letter stating why you were not qualified and the missing documents in your application.  Also, you are given one year of grace to provide them, failure to do so, your case will be dismissed and this means applying again from the beginning, of course, you have to pay a new visa fee.

In addition to all that we have said, the embassy or consulate might decide to proceed with processing your application, which means they will conduct extra security checks or investigations, usually done through another agency, this means that it will take several months to get the process done as against the usual 60 days after the visa interview.

Your visa qualifications and your intentions for migrating

There is only one set of people that can be rejected under this section and they are applicants of nonimmigrant visa categories. You may be wondering the reason for visa denial under INA section 214(b), it happens when you fail to persuade the consular officer that you are eligible for the nonimmigrant visa you applied for, also that you have strong ties with your home country and do not have the intentions of immigrating to the United States.

You can prove to the embassy or consulate that you have strong ties and do not intend to stay in the US;

Unfortunately, you cannot appeal for this ineligibility, nevertheless, since it is not permanent, you can re-apply when you consider that there are valuable changes that can assist you to get qualified. Remember that you have to pay another visa fee, and another appointment for a new interview must be scheduled.

As a result of public charge

Getting rejected under section 212(a)(4) of the INA implies that the consular officer decided from your interview that you were most likely to become a liability thereby depending on the United States government for your existence and financial support, this is also known as “Public Charge”.

Who applies for an Immigrant Visa?

If you were denied entry to the US under INA section 212(a)(4), you are allowed to re-apply for a visa as long as you were able to submit an Affidavit of Support from an eligible sponsor. An Affidavit of Support is a document that a U.S resident claims to take over the responsibility to sponsor an immigrant financially during the period he/she is in the United States, also, this should be accompanied by bank statements or payslips of the sponsor as proof that he/she has the ability to support you financially.

Furthermore, in some visa categories, you are not required to present an Affidavit of Support, therefore you need to prove to them that you will not eventually become a financial burden to the government of the United States:

We must reiterate that submitting the aforementioned is not an assurance that you will be issued a visa because the consular officer will have to decide if the financial support evidence you submitted is enough to overcome your ineligibility.

Who applies for a non-Immigrant Visa?

For the nonimmigrant visa applicants, If you were denied entry to the US under INA section 212(a)(4), you have to provide evidence that you have the ability to finance yourself throughout your stay in the United States. It is the responsibility of the consular officer to access your documents and decide if you have enough resources or not to overcome your ineligibility.

As a result of fraudulent activities and misrepresentation

Anytime you see a visa application declined under INA section 212(a)(6)(C)(i), know that the applicant tried to obtain a visa by falsely representing facts or committing fraud. There are certain acts that are considered fraud such as refusing to reveal that you have relatives in the United States, or you have previously been convicted of committing crimes.

Sadly, if you are caught, it leads to permanent ineligibility, which means that no matter how many times you apply, you will not be issued a visa. But in a case whereby there is a possibility to apply for an ineligibility waiver, then the consular officer will let you know.

Unauthorized presence in the United States

The reason for the visa denial under INA section 212(a)(9)(B)(i) is that the embassy considers you to have been present in the United States unlawfully.

This is as a result of either of the two reasons:

Now, you will not be permitted to enter the country after your departure if you have been present in the United States unlawfully for more than 180 days but less than a year, while if you have stayed in the United States illegally for more than one year, it means that you will not be able to obtain a visa for a period of 10 years after you must have departed from the country.

Are there other ineligibilities?

Yes, there are other reasons for visa denial aside from the aforementioned reasons and they are as follows:

As a result of health-related issues

You are not qualified to obtain a visa to the United States if you fall under any of these categories:

As a result of criminal and related issues

You are also not qualified to enter the U.S if you have ever been convicted for any criminal activity such as murder, drug trafficking, human trafficking, genocide, money laundering, and so on.

As a result of security and related issues

You will not be granted a visa if a consular officer or the Attorney General considers you as a risk to the security of the U.S that is once they suspect that you want to get into the country to be able to carry out illegal activities like breaking the law, trying to control or overthrow the government or get involved in terrorist activities.

In conclusion, this article will serve as an eye-opener, revealings things you must not do so that you will not be denied Visa into the United States, and in a case whereby you are denied a visa, you should know the reason why it happened.